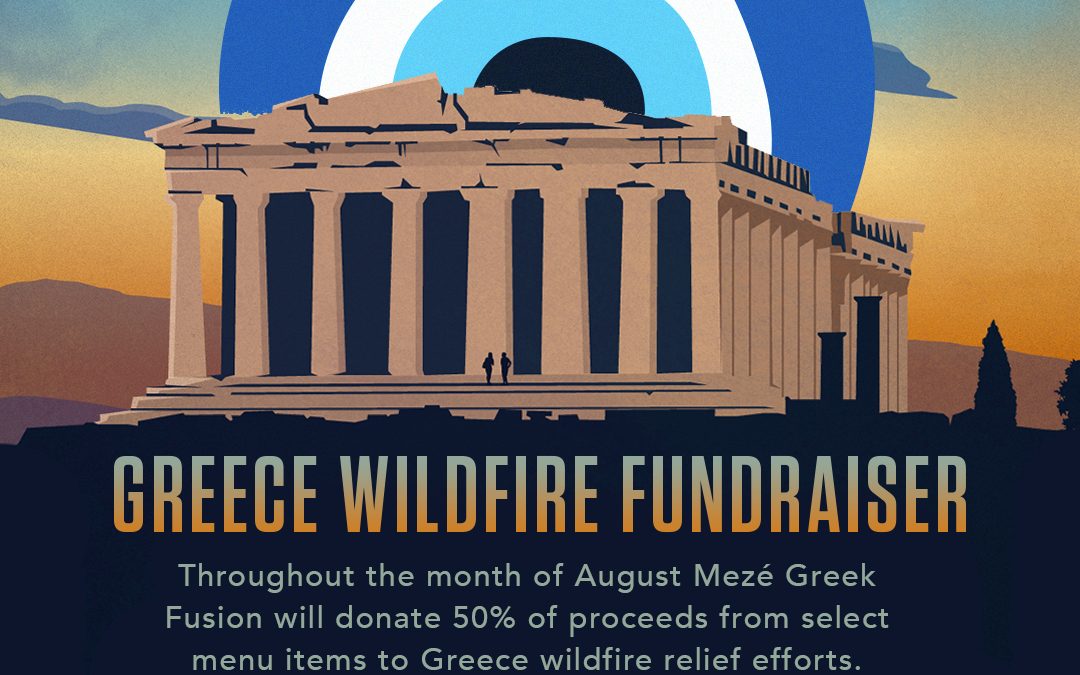 The current wildfires tearing through Greece is the country’s worst fire disaster since 2007. The death toll has climbed to 91, and more than 200 people have been injured as a result of the wildfires that have raged through a coastal area east of Athens. In response to this tragedy, Mezé Greek Fusion will be donating 50% of proceeds from select menu items throughout the month of August. Ask your server about our offerings.